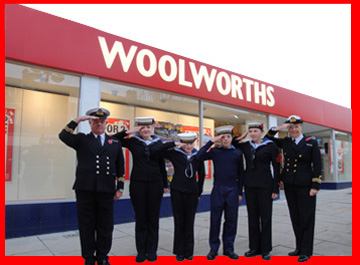 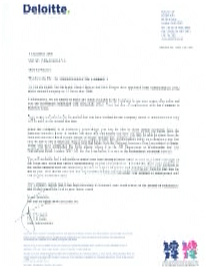 When Woolworths collapsed it was headline news, continuing to feature in bulletins and documentaries for several years after the last store closed its doors.

Many colleagues contributed news of their new jobs, some better, some worse than with the company, while many more took part in regular surveys of whether they had found another job, what had happened to their former store premises, and a thousand other topics dreamt up by the broadcasters. 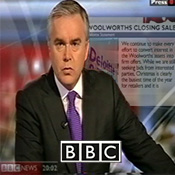 For example at the time Panorama's Assistant Producer Eamonn Walsh asked "At this stage we’re not looking to commit anyone to be filmed. I'd love to receive a few lines by email detailing your Woolworths’ history, what happened to you in the immediate aftermath of the collapse and what has happened since – for good or bad. Please include a phone number and say when would be a good time to have a chat. All information will of course be treated in the strictest confidence. So if you have an interesting story to tell about your 'life after Woolies' journey why not drop me a line, mentioning ‘Woolworths’ in the subject line." Eamonn is still a Producer or occasionally an Assistant Producer for BBC Current Affairs, sixteen years later, and still has a reputation for working tirelessly to get to the bottom of each story. At the time he asked us to not to show his picture as he was working undercover, then as now, Huw Edwards acted as his stand-in!

Previous coverage on BBC One Panorama

The BBC's flagship Panorama programme followed a group of colleagues, including Mark Regan, in the aftermath of the collapse of Woolworths. Their coverage also included a feature about our work at WoolworthsReunited.com. It remains on-line to view.